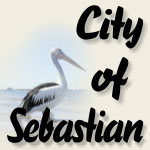 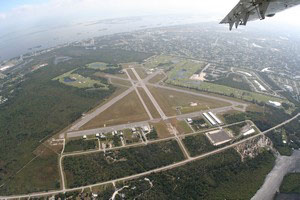 The Sebastian Municipal Airport is the centerpiece of Sebastian government economic development. This is “Florida’s Boutique Airport”. With over 100 acres of developable land and infrastructure already installed, the Sebastian Airport is ready to provide you with a site for your new business venture, be it light industry or aviation related.

The Airport recently completed construction of the third hanger which was dedicated in late August 2017. This new hanger will be occupied by Light Sport Airctaft (LSA) manufacturer, Czech Sport Aircraft and its US Distributor, Cruiser Aircraft, Inc. Aircraft will be built in the Czech Republic, shipped to the US, assembled and finished at the Sebastian Airport facility.

All three hanger facilities have been constructed with major grants from the FAA and the Florida Department of Transportation (FDOT). Typically each grant is for approximately 1.0 to 1.4 million with the City providing 20% match of the construction funds.

In its continuing effort to modernize the Sebastian Airport, the City approved in October 2017 the expenditure of $1,700,000 to construct new taxiways to service runways from the Administration Building/fueling area. Grant funds will come from the FAA and FDOT.

There is additional developed land to build hangers or light manufacturing buildings to your specifications. Typical lease rates are in the $2.00 per square foot range. These new facilities are part of Sebastian's economic development at our Airport, bringing light industry and new jobs to the Sebastian area. 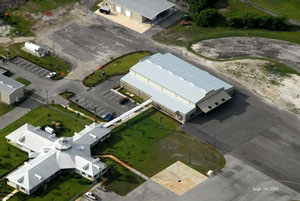 Shown here is the Airport Administration Building and the 20,000 square foot building built for LoPresti Aviation.

Also available at the Sebastian Municipal Airport is leaseable space in the Administration Facility.  This “Florida Vernacular” facility offers the opportunity to incubate your growing business in a state-of-the-art facility for a price that will help your bottom line.  If our existing facilities don’t suit, land leases can be negotiated for as little as $0.15 per square foot.

Building sites are available near Airport taxiways and in the area around the Airport Administration Building. Other sites are available along East Airport Drive and the East entrance to the Airport. These sites already have infrastructure installed including underground electric, cable, phone, water and sewer. Check with our Airport Manager for the latest available locations that suit your business.

In a report by PricewaterhouseCoopers LLP (PwC), Florida was ranked the "most attractive state in the nation for companies in the aviation business".

"Not surprisingly, the highest-ranked states, such as Florida, Texas and Washington, scored well across core variables, with relatively modest wages, well-trained and educated workforces and a relatively high number of aerospace companies," said PwC in its study.

Click here to see the results of the PwC study.

The Florida Department of Transportation (FDOT) has recently published its "Annual Economic Impact of General Aviation Airports". This report issued in August 2014 shows the Sebastian Municipal Airport with total employment of 364, a total payroll of $12,234,000 and a total output of $45,165,000. To review the entire report with includes both commercial and general aviation economic impact in Florida, click here.

Contact our Airport Director, Scott Baker at 772-228-7013, e-mail sbaker@cityofsebastian.org for more information on establishing your aerospace related company at the Sebastian Airport. .

For details about the Sebastian Airport, visit our Airport website at